Skip to content
Please join us for a conversation with Fr. Augusto Zampini-Davies on the Vatican’s Covid-19 Commission 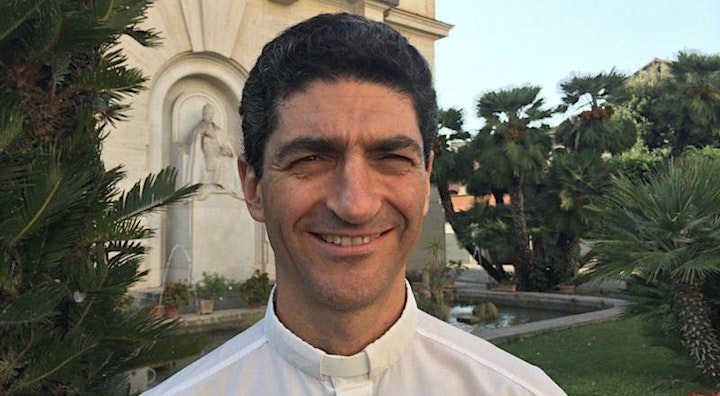 Please join the Leading People and Organization (LPO) at Fordham Gabelli School of Business and the International Humanistic Management Association for an engaging conversation with Fr. Augusto Zampini-Davies on the Vatican’s Covid-19 Commission.

Fr. Augusto Zampini-Davies, Undersecretary of the Dicastery for Promoting Integral Human Development at the Vatican

Born in Buenos Aires, Argentina on 25 July 1969, Fr. Augusto Zampini-Davies was ordained a priest of the Diocese of San Isidro, Province of Buenos Aires, on 22 October 2004 by Bishop Jorge Casaretto. Before entering the seminary, he studied law at the Catholic University in Argentina (1987-1993), and worked as a lawyer at the Central Bank of Argentina and at the international law firm Baker & McKenzie (1993-1997).As a priest, he served in different parishes and institutions in Argentina and England, including Nuestra Señora de Fátima (Dique Lujan, Tigre); Nuestra Señora de La Guardia (Florida, Vicente López); Santa María del Camino (Bajo Boulogne); Nuestra Señora de Fátima (Olivos), St John the Baptist (Bath), and Holy Apostles (London).

Trained as a moral theologian at the Colegio Maximo, Universidad del Salvador (2004-6), he holds a Masters Degree in International Development (University of Bath, 2009-10, Chevening Scholar), a Doctorate in Theology (Roehampton University, London, 2010-14, Sacred Heart Scholar), and has been a post-doctoral research fellow at Margaret Beaufort Institute, University of Cambridge (2013-14, Cardinal Hume Scholar). His area of expertise is moral theology, with a focus on economics and environmental ethics. He is an Honorary Fellow at Durham University (UK), Roehampton University (London, UK) and Stellenbosch University (South Africa), and has been lecturing since 2004 at different universities in Argentina and the UK.When Pope Francis created the Dicastery for Promoting Integral Human Development in 2016, Cardinal Turkson invited him to be the Coordinator of Development and Faith, an area dealing with economics and finance, labour and social movements, indigenous people and peace, and new technologies. In 2018, Pope Francis appointed him as one of the experts/advisors to the Synod of the Amazon in 2019.

This Event is Sponsored by Fordham Gabelli School of Business: