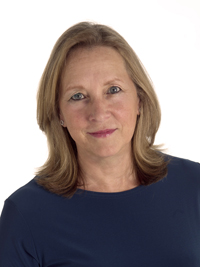 Dr. Donna Hicks is a dynamic and thought-provoking speaker who brings her unmatched insights on dignity and conflict resolution to each of her award-winning presentations. Her powerful ideas on human interaction enable organizations to build a culture of dignity, heal highly-charged emotional wounds, and thrive in today’s global marketplace.

Donna has 20 years of experience as a facilitator during international conflicts in the Middle East, Sri Lanka, Colombia, Cuba and Northern Ireland, and the United States. Her unique focus on dignity, and the essential role it plays in resolving conflict, has transformed work environments for the world’s most prominent companies, non-profits, and governmental agencies. Past clients include the World Bank, United Nations, US Navy, and the Senate of Colombia.

Donna is the author of the bestselling book,Dignity: The Essential Role It Plays in Resolving Conflict, published by Yale University Press, with a foreword by Archbishop Desmond Tutu. The title was the New England Book Festival’s 2011 runner-up for best non-fiction title, and subsequently released in paperback in 2013. Donna, and Dignity, have been featured prominently throughout the media, appearing on the BBC, Fox News,Psychology Today, NPR, Newsday, and radio stations across the country.